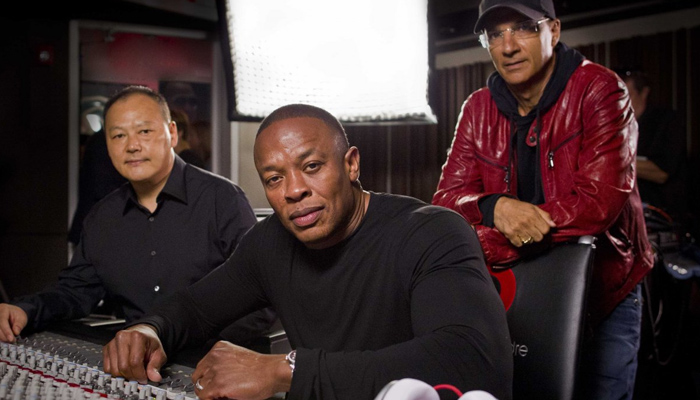 Beats Electronics is a company founded by music producer Jimmy Iovine and Dr. Dre, a legendary artist/music producer whose real name is Andre Romelle Young. It was formally established in the year 2006 with their flagship products being their line of high-end headphones, in-ear headphones, high quality speakers, “Beats” by Dr. Dre and the software patented technology Beats Audio as well as the service Beats Music streaming subscriptions.

The founders wanted to bring a new kind of headphones on the market that would make consumers have the same musical experience as the artists and producers do while in professional recording studios.

The company has become so wildly successful that their products have quickly become an integral part of pop culture today. This point is further buttressed by the fact that many renowned athletes and celebrities have been spotted publicly sporting Beats headphones.

Iconic figures such as LeBron James, Serena Williams and soccer star Neymar Jr. have been known to use Beats headphones both in training and on game days. This has further added to the appeal of the headphones to the mob of teeming music and sports fans.

Over the years, the company has released quite a number of products that were designed in collaboration with top celebrities such as Justin Bieber, LeBron James and Lady Gaga, to name a few. Superstar DJ, David Guetta even had special headphones designed ​​specifically for DJs known by the names Beats Mixr and Beats Mixr Neo.

Beats also works with other manufacturers. Leading laptop maker HP integrated Beats Audio speakers in its HP Envy line of laptops. Smartphone manufacturer HTC did the same with the Beats Audio software. Also, there have been collaborations with auto makers Chrysler and Dodge.

From the year 2008, Beats by Dr. Dre products were manufactured in collaboration with Monster Cable Products Company. But in January 2012, the two companies announced that they would no longer work together.

Within only six years of its existence, the company became responsible for a market share of about 59% of the headphones market, well ahead of companies like Sennheiser, Sony, Philips etc. In 2012 alone, it accounted for an estimated 40% of sales of headphones in the United States, a market valued at more than $ 1 billion. This feat is even more impressive when you consider the fact that some of the Beats headphones have prices reaching as high as $ 300. This is in the same market where traditional brands offer reasonable headphone options costing around US $ 30.

Although many will argue that the Beats headphones are not necessarily the best range of headphones products on the market. In fact, the technical quality of the Beats products is highly debatable. There are other brands with much lower costs offer a considerably higher sound quality, which makes the runaway success of this brand even more impressive. In practice, things like design and concept have cemented these products’ place among the best.

Beats Audio Company was one of the first companies that to offer different sets of headphones that were focused more on comfort and design.

The Company Beats Electronics Gets Purchased

On the 28th of May, 2014, Apple announced that it has agreed terms to acquire the acclaimed music streaming subscription service Music Beats and Beats Electronics, which produce the popular headphones, earphones, speakers and software Beats Audio. Apple is acquiring the two companies for a total of $ 3 billion, this purchase price is $ 2.6 billion and approximately $ 400 million is to be paid over time.

With the acquisition of the company, the line of Beats products will be on sale in many other countries, through the Apple Online Store, Apple Store retail stores as well as select Apple Authorized Resellers.

Even for a profitable company like Apple, the investment is a huge one and is the largest acquisition ever in the company’s history. Co-founder of Beats, Dr. Dre can boast of being a billionaire and arguably the first member of the hip-hop community to achieve this feat.

Co-founder, Jimmy Iovine has been in the forefront of innovation in the music industry for decades and has been a key partner for Apple and for iTunes for over a decade. He has collaborated with many of the top-selling artists in the history of iTunes Store, thus helping to make it the premier retailer of music in the world.

It is also a possibility that Beats Audio technology will end up being integrated into Macs and iOS devices just like it was done in HP laptops and HTC smartphones.